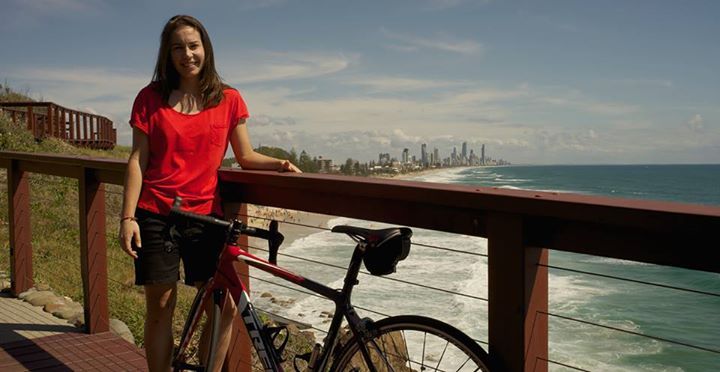 Hi my name is Amanda Flower and I am aiming to fundraise $5000 for The Rogue & Rouge Foundation, to enable young people to get the financial support to recover from mental health challenges. 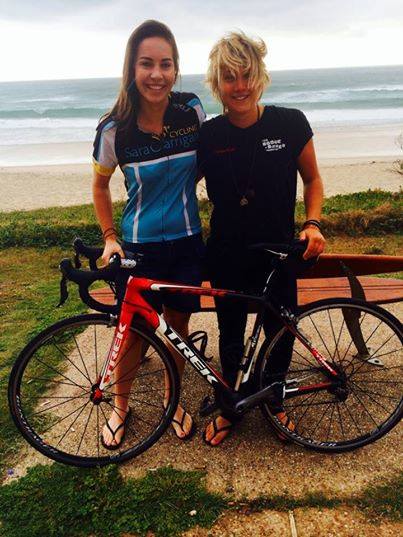 I have therefore challenged myself to cycle 2000km between 1-30 March around the Gold Coast and northern NSW. I think it is essential that we create a positive and supportive community for our young people to live in, including putting a stop to our rising rates of mental illness in our youth.

This event checked a lot of boxes for me but first and foremost the opportunity to raise money for cancer research and support.  In 2011 I was diagnosed with a form of brain cancer - Anaplastic Astrocytoma. With treatment I had a 50% chance of living 1 year and less than a 2% chance of living 2 years. Only one surgeon agreed to operate.

I started treatment immediately with a course of radiation followed by aggressive chemotherapy to reduce the tumor to an operable size. My treatment lasted of 8 months. I am currently cancer free.

This was the hardest thing I've ever endured. Cancer not only turns your life upside down but affects people around you who you love. No one should have to go through this. This is why I chose to take on the 2014 Beat Cancer Tour however this didn't seem enough to me compared to the pain and suffering someone going through cancer must endure. Therefore, I challenged myself by riding for 24 hours around Mt Coot-Tha to raise much needed funds for the Cancer Council.

The challenge was basic, 24hrs riding back-to-back laps of Mt Coot-Tha on a bicycle. The 9.4km lap followed Sir Samuel Griffith Drive in an anticlockwise direction. Each lap contains 359m of elevation gain and a 2.2km ascent to the summit at an average gradient of 8.9%

My goal was 50 laps equaling a distance of 470km with an elevation gain of 17,950m. That's over twice the height of Mt Everest.

We're Sue and Evan and we are touring cyclists and commuters.

The interesting component is that we do this on a tandem. It's our preferred method of travel. Why? You might say.

every beautiful experience we have has come from our legs.

Well, almost ten years ago when we were caught up in the daily grind of work spending twelve hours each day apart, we decided we needed something we could do together. We'd always played cricket but our bodies were broken and worn out from years of wicket keeping.

On a weekend walk we saw a couple on a tandem and had a chat. The first thing they told us was how hard riding a tandem is but also how much fun it is. We were hooked, or should I say Evan was hooked. Once he has an idea in his head, there is no shifting it. So, he set about finding a tandem that we could afford. Not an easy task but eventually he came upon a Raleigh with 26" wheels and wide tyres that had been in the shop for a couple of years, an old model. Thank goodness for credit cards because the bike was immediately purchased - there was no procrastination. We set about learning to ride the tandem.

It’s funny how our lives go through stages. Should you have told me just 18 months ago that I’d soon be riding over one of my much loved and twisting motorcycling roads on a pushbike, well I would have laughed in your face and thought you to be deluded. I was more than happy to retire from childhood practices such as peddling a bicycle near on 27 years ago, that was about when I started smoking too.

Isn’t it just crazy that so many young people, right when they could be at their prime of their life in fitness and health, take up the booze and the durries and then go ahead about accelerating the aging process?

Yes, I did and lived it. I partied hard and I travelled everywhere aboard fast motorcycles. I was free, free as a bird. For a long time there I was king of the road. It’s difficult to explain, but sometimes I would live more excitement in one day aboard my motorbike than many people would experience in their entire lifetime. I was living the free life and loving every moment of it.

Those good old days of motorcycling no longer exist, but that’s for another story. This story focuses on how I was recently forced to find an alternative mode of transport to work. In late 2012 my second license suspension begun, I had acquired a 10 speed alloy road bike, surfed the net forcycle route information, conducted a few warm up runs as well as advising the boss of my plans should I actually arrive late for work. Twenty five kilometres or an entire one hour each way proved to be a great start to the day and riding home does so much for distressing and clearing the head following a stressful day at the grind. I really begun to enjoy my new found freedom, a freedom that I hadn’t realised was missing and had quite unnoticeably been diminishing over the years from my motorcycling life for more than a decade. It was like I was again in charge of my own destiny. I was raw, dependant upon nothing and no one. I could ride my bicycle as far and as long as I wanted, and I was really enjoying it. I was free again, free as a bird.

I heard about Stephen by accident on Twitter, had to get in touch with him about his travels. He is one of a small number of friends I have on Facebook and I have seen his posts. His friends adore him. Can only talk of what a great guy he is. This is our first ever Sports based 'Why I Ride' segment, I hope you all enjoy it.

Hi my name is Stephen Want, no one knows me by my real name. I am better know asLunchbox.

I am not your normal cyclist/triathlete, I weigh in at 150kg. Society calls me lazy and a burden on our health system. My friend and the people around me would say otherwise. 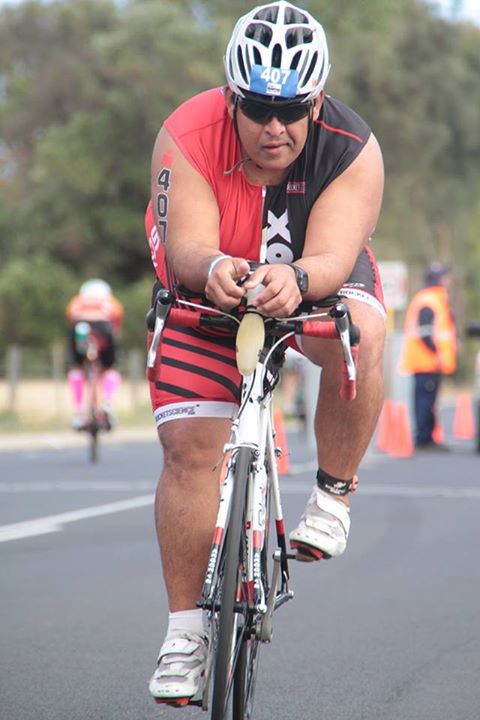 I was asked to write a little blog to talk a little about myself. I've been scratching my head on what to write when it hit me. I can clearly remember the night my life change around from being a fat, lazy and person living a very dull life.  I used to be very active on my bike as a kid, this all stopped when I stared working at the local KFC as a kid and soon after discovered beer.

My story isn't that dissimilar to many in my generation. I went to University, got a full time desk job, and physical activity went the way of history.

My first job was based in the Brisbane CBD, and so my means of transport was the bus. By the age of 20 I'd bought my first car, and not long after got a job in the western suburb of Toowong. While it was still on the bus route from my home in Kenmore, I had free parking available, so I drove. And so began my addiction to private motor transport. I would drive to and from work. Drive to the shops. Drive to my girlfriend's house. Drive to the bus to the football.

Not surprisingly, obesity took hold and by the age of 25 I was tipping 130kg. Not pretty. An ankle injury suffered playing Oztag, a type of non-contact rugby league, was something of a wakeup call to get my weight sorted out. The rehab was so incredibly slow and painful because of my weight, I thought it was ridiculous. Walking, weights, and a stationary bike, Oztag refereeing and more playing, and within a couple of years I'd shed over 40kg - and a failed marriage. To celebrate I climbed Kilimanjaro for my 30th birthday.

But still the motor vehicle was central to life. Now I worked at the Gold Coast and really had no choice but to drive each way.

In 2010 I changed jobs back to the Brisbane CBD for the first time since I was 20. I was living in Jindalee with my wife and 2 kids, and bus travel was painfully slow with the Centenary Highway, so I was driving to Oxley station and catching the train. We were a typical 2-car household.

Mid-2011 some financial pressures were creeping up. It was a case of deciding which bills to pay on time and which to let lapse a bit to deal with the cashflow. It wasn't because of much lower income, but something wasn't adding up. It was then that I started looking into e-bikes and whether or not the concept of riding to work was viable. However, the initial cost outlay of an e-bike seemed high for something that, if I didn't stick to it, would be a waste.

So initially I used the crappy mountain bike I'd got from Subway from $50 for one of their promotions to get to the train station, leaving the car at home. The bike itself was pretty painful to ride, many of the gears simply didn't work or slipped, the brakes sounded like an Airzound and the tyres ran flat quicker than my wallet emptied. But it proved the concept to me.