Josh Goyne was 10-years old when his grandfather, Barry Graham, was struck down by stroke. Josh looked up to his grandfather and they were very close. For Josh, Barry was an inspiration and Josh learned a lot from him.

Five years later, in 2013, Barry was paralysed from the chest down after suffering his fifth stroke. 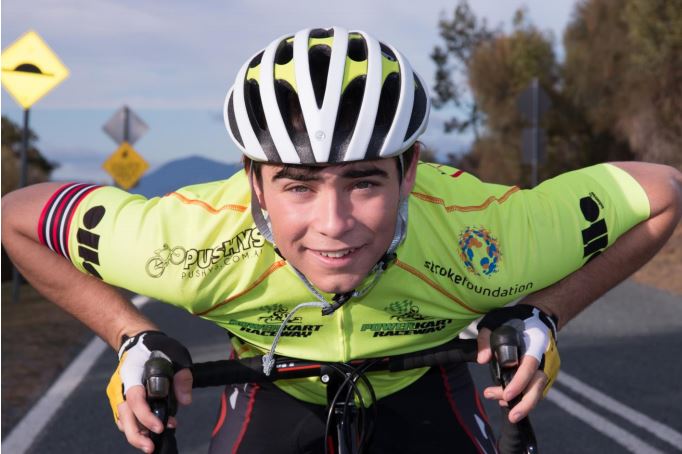 Barry needed around-the-clock care, which put a strain on close family and friends. Josh travelled from Canberra almost every week to his grandfather’s farm on the Sunshine Coast to be by his side.

‘I took time out of my holidays and schooling to fly to the Sunshine Coast to look after grandad’s farm,’ Josh said. ‘When money was slim, I caught a ride with a trucker, and when I couldn't make it up there I organised for my mates nearby to look after his farm every day after school.’

During that time, Josh realised that more needed to be done to help people become aware of the signs of stroke and to help those suffering from stroke to function more fully.

‘I started the “Barry’s Army” ride, in honour of my Grandfather. Now the ride is formally known as “Tour De Stroke” because I couldn’t register a name with “army” in it as a charity.’

Since starting to campaign as a stroke ambassador, josh has raise some $30,000 for charity by cycling on long rides.

In August last year, Barry died from his sixth stroke, and that propelled Josh to work even harder to help stroke victims.

Yesterday, Josh received the papers for his newly incorporated stroke charity, Stroke Support & Awareness Australia Inc. (ABN: 75 203 032 882)—even though, at 17, he is legally too young to run it.

To launch the new charity and to raise more funds, Josh will commence his longest ride yet. He will cycle over 2,200 kilometres from Total Tools in Fyshwick, Canberra to his late grandfather’s farm at Peachester on the Sunshine Coast.

This will be Josh’s third stroke awareness ride and he has a fundraising goal of $30,000. ‘Funds from Stroke Support & Awareness Australia are not for research but will be used to help in a very practical way,’ Josh said.

‘The funds will go to provide stroke ward’s with vital lifesaving equipment, help rehabilitate stroke victims with an emphases on rehabilitation in their own home with the love of their family around them.

‘And, most importantly,’ he said, ‘it will go to raise awareness of stroke and of the vital first signs that are critical to know to save lives.’

‘This is by far my hardest ride so far,’ Josh said. ‘When I undertake these gruelling rides, I always carry a locket of my grandfather’s ashes around my neck as a constant reminder of my purpose in honouring my grandfather and all stroke victims.’

To further help his cause of raising awareness of stroke, Josh aims to set a record during his charity’s inaugural ride for “longest distance ride in two weeks by an under 18-year old” for Guinness World Records.

On the 10th of October I'll be starting a ride of over 2000km from Total Tools Fyshwick finishing 15 days later at my grandfather Barry's farm, who passed away as result of his 6th stroke!This year i started a charity in his honor called Stroke Support & Awareness Australia Inc.( ABN: 75 203 032 882). With the aim of helping rehabilitate those effected by stroke in there own home, provide counselling/support, advocating funding and helping those effected by stroke get back into work and regain independence!All donations over $2 are tax deductible!Click the shop now button to link to the donations page! For more information or to get in contact please don't hesitate to call Josh and his team on 0467089468, PM the page or email This email address is being protected from spambots. You need JavaScript enabled to view it.~Josh

Contact details
Josh Goyne
Mobile: 0477 906 100 or 0467 089 468
Email: This email address is being protected from spambots. You need JavaScript enabled to view it.
Facebook: https://www.facebook.com/barrysarmy 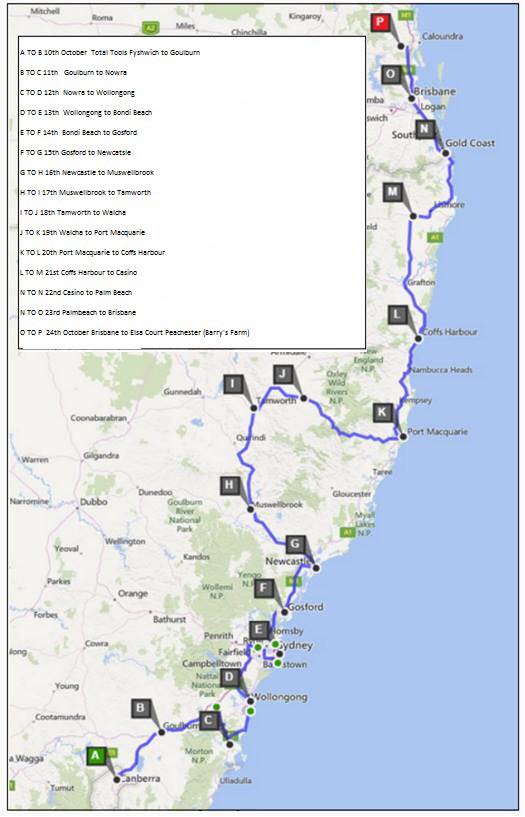 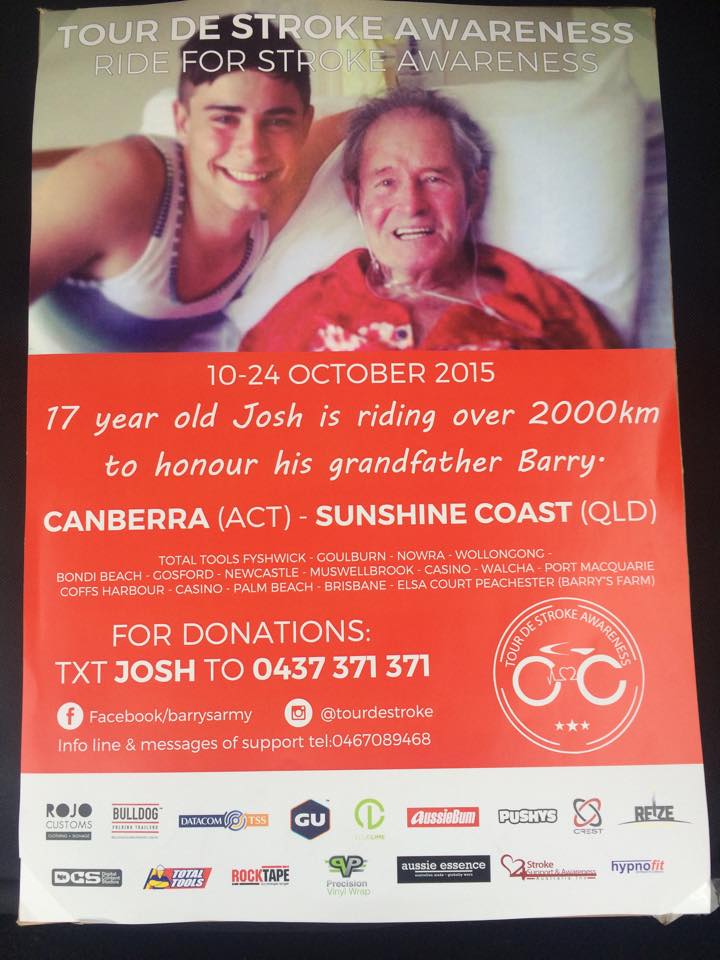