Do we hate cars? Are we threatening the Australian right and culture to drive a car, by supporting campaigns prioritising cycleways, pedestrians and public transport over roads?

Ten stories high. Then they take up less than ¼ of the space, ignoring key factors like the concrete walls and spacing between them. An expensive engineering challenge, but theoretically you have ¾ of the space available left for roads, walkways and buildings. Let's not think about how you get them flowing in and out in a short space of time, because the point has already been made that the task is impossible.

Let’s rephrase the question again: How do you move a 100 000 people into a 400 000 m2 space? That sounds like a much more achievable challenge, but it means we need to get rid of some of the cars and find different ways to move people around. It is at this point when some will get a bit grumpy, but it is either that or we have one enormous car park and endless congestion. Pair people per car. 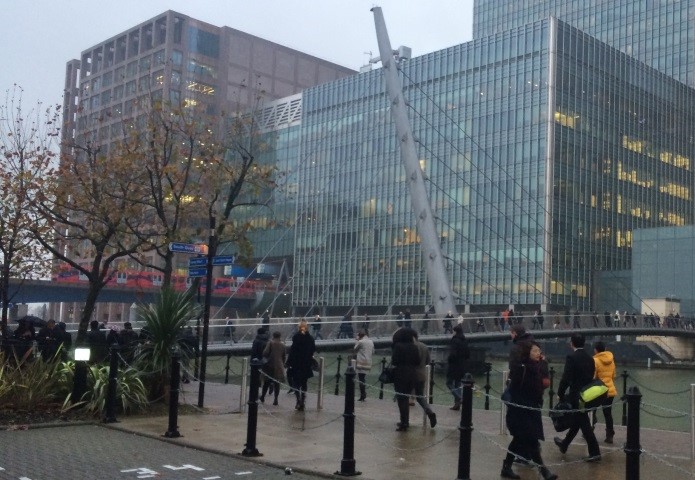 That’s half. Now it gets easier and possibly even practical, but still a crazy mess of steel and still a big portion of space dedicated to parking. Put another few thousand in busses. Good. Trains. Bikes. Getting there now, but ‘motorists’ are furious at this stage due to the change in priority.

This was probably the challenge put to the city planners of Canary Wharf in London.

A business district that hosts around 100 000 people and the European head offices of major, well-known organisations in a fairly small space, surrounded by water. 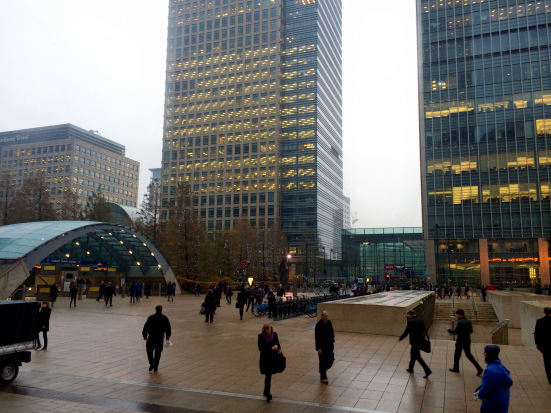 And cycling is certainly not the primary solution to the problem. With a good public transport already in place in London, a big part of the answer for Canary Wharf was always going to be to extend the railway network. So, it was fitted with 2 light railway and 1 big tube stations as well as a ferry service. Pedestrian access and flow is also a key ingredient.

Cycling is still and important part of the solution with the CSR3 (Cycle Superhighway 3) linking Canary Wharf to Central London and 8 Bike Share stations operating in the area. 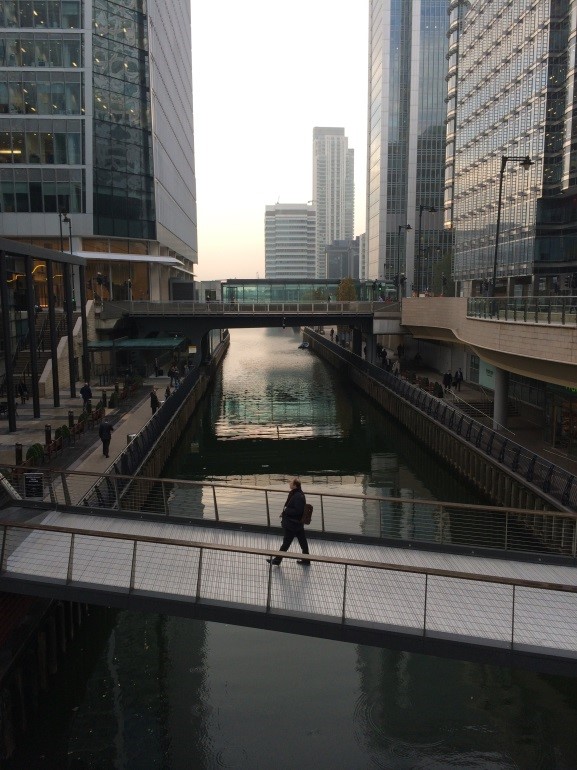 The end result is something that feels like you are walking in a sci-fi movie with, majestic buildings, grand open spaces where people can move around without the fear or noise of cars, with pubs and restaurants overlooking the waterways, low congestion and easy access.

We don't hate cars. They are very useful indeed and even critical in some cases, but there are some serious practical matters to consider in our overcrowded planet and Canary Wharf is an example of success.  Turning an existing area around is a lot harder compared to the somewhat fresh start Canary Wharf had, which is why we need everyone’s support. It is that or frustration on congested roads.

People go about their business, but do this in an open, refreshing environment and even have time to stop at the inviting watering holes with those who share the space with them.

There are no cyclepaths inside Canary Wharf itself, but if you look at the photo below, taken at 8:30AM it is clearly not necessary. 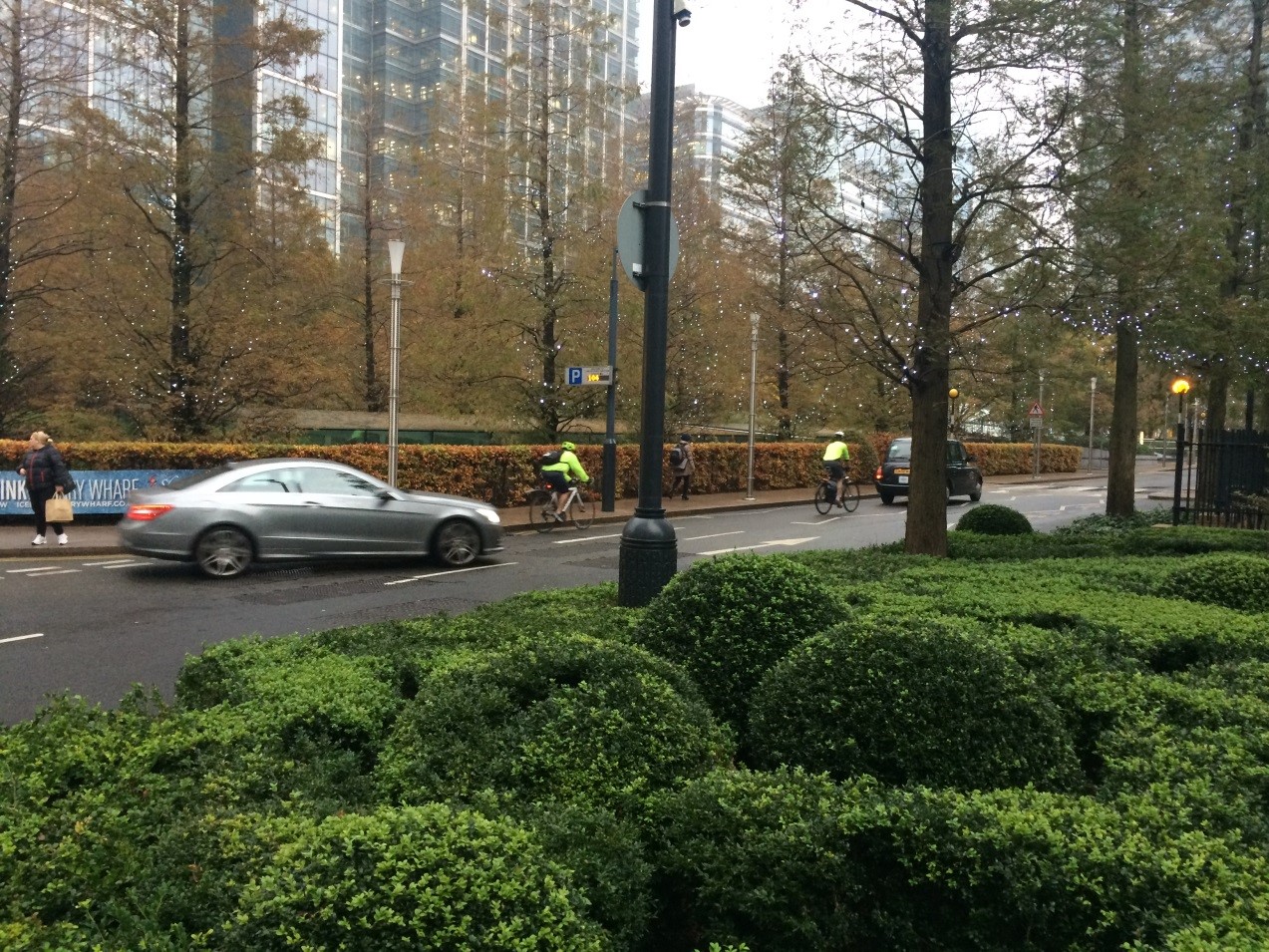