Four million people ride a bicycle at least once a week in Australia, which is nearly one in five people.

The group that participates the most are kids under 9 years old. Around half of all boys and girls ride a bike regularly. But in their teen years, a strange thing happens. Teenage boys ride little bit less (about 45% ride at least once a week) but teenage girls start drop off the radar (down to 30%).

By the time they reach early adulthood (age 18-29) 18% of young men are still regularly riding but only 7% of young women do. Why is this?

A few months ago, a research paper was published about why a lot of girls give up cycling in their teens.

Most of the teenagers interviewed said it was because:

The research was conducted in Portland, Oregon, but seems to apply similarly here in Australia.

So I put this to a forum of cycling experts - all women - and asked them what they have observed or experienced themselves. 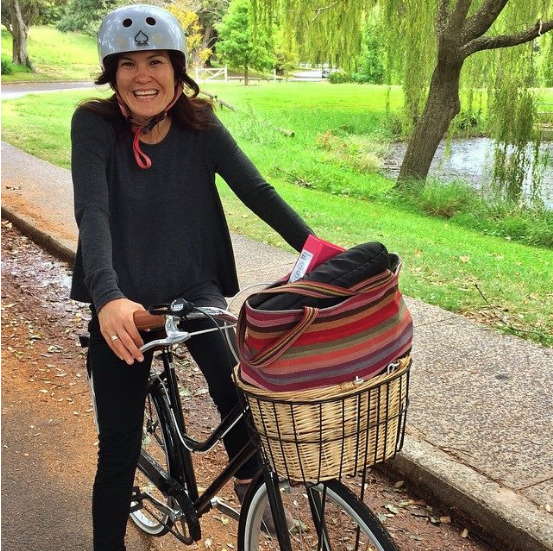 The answers were eye opening about the barriers that we need to overcome to help teenagers. Insights from our cycling experts included:

“I didn't see other girls riding around in huge, bright yellow stack hats. I also didn't realise the bicycle was a form of transport because no one I knew treated it like that.”

“As a teenager in London I cycled in a long skirt that used to get caught in the chain, and no helmet (it wasn’t a legal requirement). I liked it as I felt safer coming home late at night and you could 'sober up' on your bike. I lived in Central London.

My parents didn't cycle, my siblings did. Not many of my girlfriends cycled.. . .When I lived in Italy though most of the young women cycled, in tight skirts (big shoulder pads, 80s). . . it was seen as normal to do so.”

“I rode my bike as a kid then stopped as a teen because it was uncool, though I still used my bike to get around from time to time. I took it up again briefly during uni, in the 70s, but soon gave up again after being harassed on the road. If I knew others who were riding at that time I would probably have stuck with it. I began riding again in my 30s as I did triathlons so I would ride to work sometimes as training for them. I liked not driving so when I stopped work I used the bike as much as possible. Now it's my main form of transport. My husband rides an e-bike to get around and to work and the car sits unused most of the time.”

“I rode everywhere as a kid and teenager, mostly for transport. All my friends (girls and boys) rode everywhere. Our school actively encouraged riding. But at uni, my very utilitarian road bike was stolen and I somehow ended up with a clunky, 'girls' townbike. It was so awful to ride, but it didn't occur to me to get a better bike. Few of my uni friends rode. There was no joy in it, so I stopped riding.
It wasn't until I got a job and could afford a better bike that I got back into riding every day for transport. I do wonder if 'girls bikes' are a factor. They're pretty but very impractical anywhere with hills.” 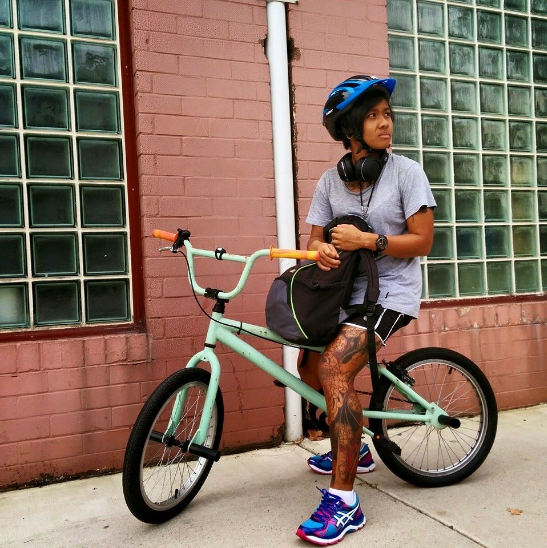 “Spot on about the clunky bike and interesting point about girls' bikes. . .I see so many now on those brightly coloured bikes struggling (always trailing their boyfriends). . .they'd be liberated with a good bike that might not be as pretty.”

“I ride a girls bike, it's an old step through frame. I ride it because I find it very comfortable and it goes well, much better than I thought it would after I hauled it out of my parents garage. I got rid of my hybrid Giant that I'd been riding beforehand as it wasn't as good to ride or useful as the Speedwell. I couldn't put a basket on the Giant due to all the cables and I find the Speedwell is just as good to ride up hills.”

“I rode my bike everywhere as a teenager but stopped using my bike when I was at Uni which was a long way from home. We all rode our bikes together as a family when our kids were smaller. They rode to school and we always took the bikes with us to ride on holidays. 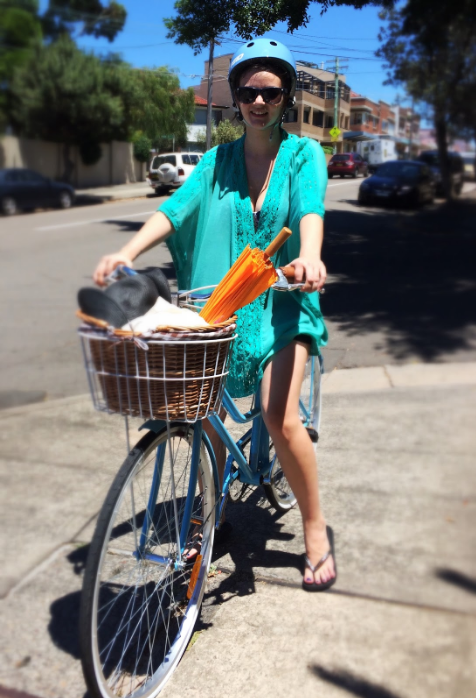 My daughter learned to ride a bike at 4 because we were living in Tanzania without a car so it was walk or ride and riding was quicker and more fun! As they got older though my son who is now 20 still uses his bike as his main form of transport but our daughter at 15 rarely rides. His school offered cycling as a sport whereas my daughter's does not. None of her friends ride and now she is over 12 it is illegal for her to ride on the footpath. I do think allowing people to ride on the footpath would help to encourage her to ride more. I'm not sure that helmets is a factor for her. At 15 it's all about her friends so if the school encouraged riding with participation in events such as Gear Up Girl as part of their Duke Of Ed I think that would help.”

“My 21-year-old daughter would like to cycle but says it's too intimidating in Sydney. Her work has excellent end-of-trip facilities, but in spite of this, she "daren't". She did, however, think an e-bike might encourage her. None of her friends cycle. But my 18-year-old son and his friends cycled all the time on their trip to Europe using bike share (they never cycle in Sydney). If it's made easily accessible they'll use it. Hiring the bikes was great fun for them (he'd love that I use 'fun')!”

So... what’s been your experience? Did you ride as a teenager?
Do you have a teenage or young adult daughter who rides a lot - or not? What are the main barriers for her? What does seem to encourage her?