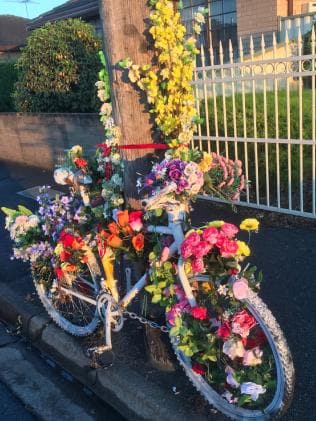 When someone loses a loved-one they suddenly feel that they need to make something good of the loss. They will often reach out to different groups or different people and ask for advice. This advice can be really really bad.

We have seen a number of instances where people have got involved with different advocacy groups to create a really bad message, this does not help any of us.

The problem with advocacy is it relies on trust, and with trust comes a lot of responsibility from the organisations. If you're going to produce advocacy out of tragedy it needs to be measured to the issue that caused the tragedy.

In a recent instance the call after the death was for all cyclists to ride with running lights, this was to be made law and mandated as a requirement, this message didn't does not take into account the average bike rider that's just out there trying to go for a ride, the average transport rider, or the average commuter, it thinks little of kids riding with mum or dad to the park and it does not consider the milkbar journey often completed by cars these days as the bike is getting too complicated.

The idea may have sounded good for sports riders, riders that spend $3000 to $10000 on a bike, the $60 bike light wouldn’t matter much. But even racing riders know that lights don't last forever. Lights have a tendency to go flat on competition riders at the most inconvenient time. There is no light designed to run for more than 6 hours on solid use and the lights designed to do that cost more than $300.

Competition riders often train for long hours, transport riders tend to be out long times of the day. This would force more people off the bike because it would make it harder to ride legally, most riders tend to follow the law because many of them are near to or below the poverty line.

So, who thought up such a crazy idea? Well, someone that lost their loved one in the most tragic of circumstances looking for a reason, a spark, an idea that would allow their loved one to be remembered.

Why would this idea ever be considered? Well, because the media agenda heard it and ran with it, which brings us to the next point.

Just because you have lost your loved one, this does not make you an expert in all things cycling. In fact, it makes you hollow and open to dangerous ideas.

If you contact a group that is all about tragedy you are going to develop a message that is not going to look into the depth of what happened. We always say to families “Don’t advocate after the death, wait – there is plenty of time to call out the issue”

Sound bites are most dangerous

In the example we have given, we heard the worst of sound bites about a cyclist death we have ever heard “Every time a cyclist is killed on the road by a driver, it destroys at least two people. The cyclist and usually the driver.” This is just nonsensical. Especially in the world of cycling. The people affected by the death is (and I am going to be harsh here) not the rider. The rider is dead, there concerns in life are over. So, whose life is destroyed by the death of a cyclist on the road when hit by a driver? Many people, but let’s start with the most important and work our way down.

The next time you hear that only two people are affected, you can thank the person that said that because that sound bite will not go away.

So the fact is, Advocacy grows through tragedy. And advocates are often in shock or in denial. They are looking for reasons and not thinking clearly, as advocacies already know this we should never allow people to talk out of turn, to say crazy ideas that affect millions of normal and everyday riders without first consulting someone that has been in this battlefield for a long time. The best recommendation I can make is to make sure the person gets some form of media training if they are going to be in the media, this is actually so important.

Is this really a battlefield? Why I am glad you asked. The battle is not on the road, it is for the hearts and minds of a very small percentage of drivers that think they matter. Provided a voice via news sites and active on social media pages. And these are the people that we have to convert – saying the wrong thing undoes so much work by so many people.