What is the Idaho Stop?

From Wikipedia we can read that:

The Idaho stop is the common name for a law that allows cyclists to treat a stop sign as a yield sign, and a red light as a stop sign. It first became law in Idaho in 1982, but has not been adopted elsewhere. A limited form of the law called "Stop as Yield", that deals only with stop signs, has expanded to parts of Colorado and been considered in several other states. Advocates argue that current law criminalizes normal cycling behavior, and that the Idaho stop makes cycling easier and safer and places the focus where it should be: on yielding the right-of-way.

Or if you want to see it in action, check out this video all about how it would work in other areas as it already does now in its home state.

Bicycles, Rolling Stops, and the Idaho Stop from Spencer Boomhower on Vimeo.

We see the Idaho stop as a way to keep riders moving when conflict can happen on the road. Stop signs are there for a reason, but the reason is to get the vehicles to slow down long enough to cross the road or enter another road safely, this can still be done by the Idaho stop. The ability to be able to slow to a stop with out putting your feet on the ground is very common for cyclists, but if one does this at at stop sign, they risk a fine. These fines in the operations conducted by the police are not consistent with the normal or day to day operation where we see all traffic users not stopping at a stop sign.

Cars, like all vehicles are driven by humans, and we all make mistakes, but when you see a stop sign, it is pertinent to actually stop. In this video we watch a total of 13 cars out of 55 obey the law, the other 42 failed to stop at the stop sign. (Video courtesy Paul Martin). 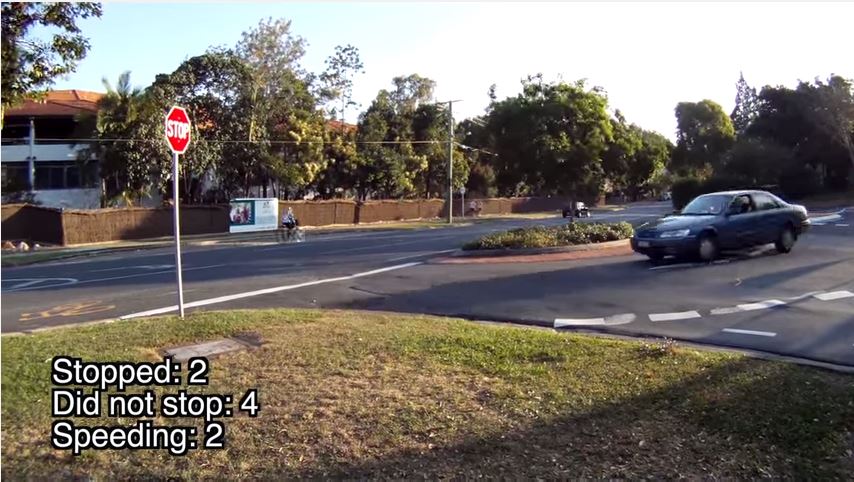 So, why the Idaho stop?

This is a great way to allow the cyclist to keep moving, less dangerous than a car, riders are also more aware of what is around them - even with headphones on. Riders are able to see with nothing in the way of their vision and are therefore in a better position to judge their own safety. And even with more cars on the road, it only takes a moment for a rider to put their feet on the ground and wait (which we see them do often).

The traffic rule is very simple to allow this to happen, and doesn't require a large change in our own laws. As it is written into the Idaho rules as the Idaho Code number 49-720 - Stopping - Turn and Stop Signals:

(1) A person operating a bicycle or human-powered vehicle approaching a stop sign shall slow down and, if required for safety, stop before entering the
intersection. After slowing to a reasonable speed or stopping, the person shall yield the right-of-way to any vehicle in the intersection or approaching on
another highway so closely as to constitute an immediate hazard during the time the person is moving across or within the intersection or junction of
highways, except that a person after slowing to a reasonable speed and yielding the right-of-way if required, may cautiously make a turn or proceed through
the intersection without stopping.

In our own road code it could be adopted as easy as allowing cars to turn left on red in Brisbane by the Brisbane City Council.

Who has this law now?

Very few jurisdictions around America are brave enough to introduce something like this. It is tough to change a law, but many are fighting for it. We should be fighting for it in Australia as well. VeloNews wrote a great article that started with a quote from Abraham Lincoln - "The best way to get a law repealed is to enforce it strictly." In other words, if we want to see it change, then we need to see everyone fairly and evenly getting booked for it, it will then be seen for the over zealous nature of controlling the vulnerable while providing no real protections to cyclists.

Like all changes to a law that makes a nanny state look like they are giving a little a way to the Cycling Community, we need to ensure we don't lose other rights as a trade off. Nothing speaks weaker of cycling than increasing fines to make riding look more like driving by penalizing those that chose to ride bikes. We saw this with the #ametrematters laws when introduced in Queensland. Our law makers need to remember who the killers are on our roads and stop blaming bikes for all their woes.

If it isn't enacted into law, then we can at least de-criminalize the act of not stopping, putting it under the 'riding furiously' rule if someone is dangerous or ignores the controls at a road way. No one wants to die, but some people that take high risks in their behaviors should not be the cause of this not changing. If that was the case, then we need to stop selling performance cars, high end motorbikes and even jet skies - all of these kill people by misuse of a very small percentage of our population.

Besides, we don't ask motorists to put their feet on the ground to demonstrate they have come to a complete stop. 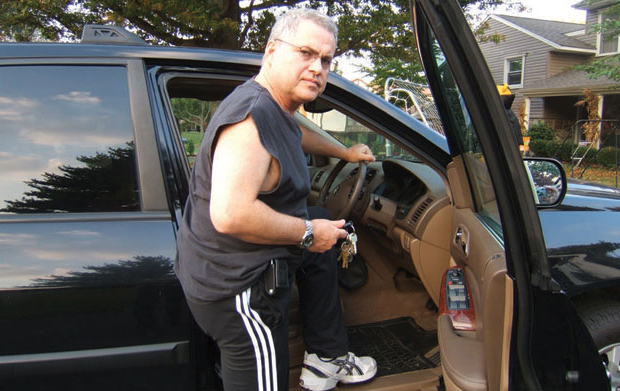 What can we do now?

Wirte to your Minister for Transport and tell them why having to put your foot on the ground is not as smart as it seems, tell them that riding is a normal activity enjoyed by millions of Australians and we want to make it even more accessible, and list why you want this simple change in the way we move around.

The Idaho stop is a simple change to the existing laws, let's work on getting something introduced in Australia that is a common sense approach to riding.

Sonny points out that it is not just bikes that don't stop at stop signs in Sydney. This is not about us vs them (as...

Posted by Cycle on Wednesday, 24 September 2014