It's not your job to police the roads, we do it, but we shouldn't

Every time you complain to others about bikes running a red light; an angel gives a facepalm. 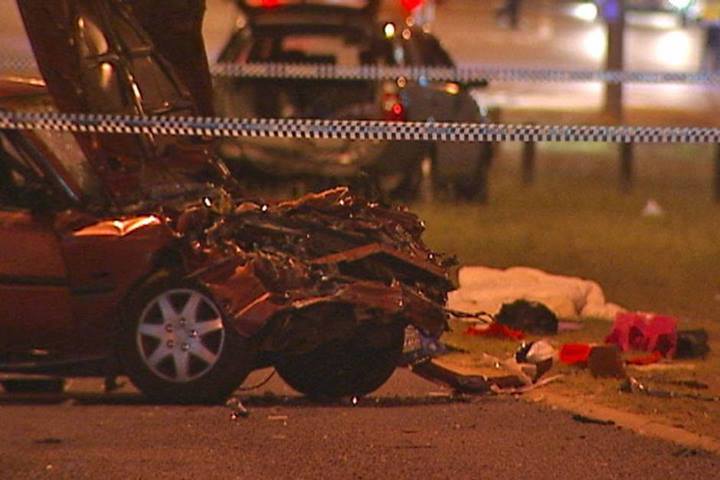 Despite what people say, riding a bike is not dangerous - sharing the road with some motorists is. When a bike runs a red light, they risk themselves; if they are caught, they deserve to be fined.

Every time I read in a paper "I ride a bike but..." or "Bike riders are a menace, because I am one too" I die a little inside, because that person is not a bike rider, they are someone that wants to associate with cycling with out doing the hard work. ie Someone that rides a bike once every 3 months or less doesn't really qualify as knowledgeable about road issues in cycling.

And here is why; bikes don't kill. Yeah, no they don't. I know, you are thinking of the one pedestrian death in Victoria on Beach Rd (most of you will know his name), or the pedestrian killed in NSW after being punched by a guy on a bike. Well I stand by my statement - BIKES DON'T KILL. People do. The case of Mr Gould was a tragic incident that will never be forgotten, the case of the Ms Touma was death by an arse who probably rode as he drove - angry.

Yesterday I rode in Melbourne City, I counted the following offenses in a 5 km ride.

- 1 close call when a taxi ran a red light

Sadly I also saw 11 bike-lane sections closed causing me to move into heavy traffic. I have now chosen not to bother with separated bike lanes, but that is a personal choice.

I have no doubt bike riders break laws, but really that is between them and the police. I will continue to mumble under my breath if I am beside them just as I do when I see a motorist break laws. But I will not police other bicycle riders. In the whole time yesterday, I witnessed one bike running a red light, at the pedestrian crossing on Exhibition Street. The bike was following 2 cars that went through the tail end of a red probably tired of waiting. I am sure the bike wasn't even aware it was still red and was following through with the cars.

Yeah, sure, you can tell me about all the bikes you have seen breaking the law. Please do. But, next time someone says to you that all bike riders are law breakers, just ask them - when is the last time they dobbed in a driver? Ask them to tell you about the last time they saw a car break the law; I bet they have intimate memory of the last bike that broke the law.

Don't let bike riders that do the wrong thing bother you, they are not your responsibility. We are all out there just trying to get from A to B.

Last note - Distracted drivers are now our roads biggest killers. Killing themselves and others around them at an alarming rate. We have seen a spike this year. Please ensure you keep yourself and your friends safe on the road. Make sure everyone knows: Distracted drivers kill and die.