We saw a tweet, seemed pretty harmless, a kid hit by a car. But then you read what is being said: 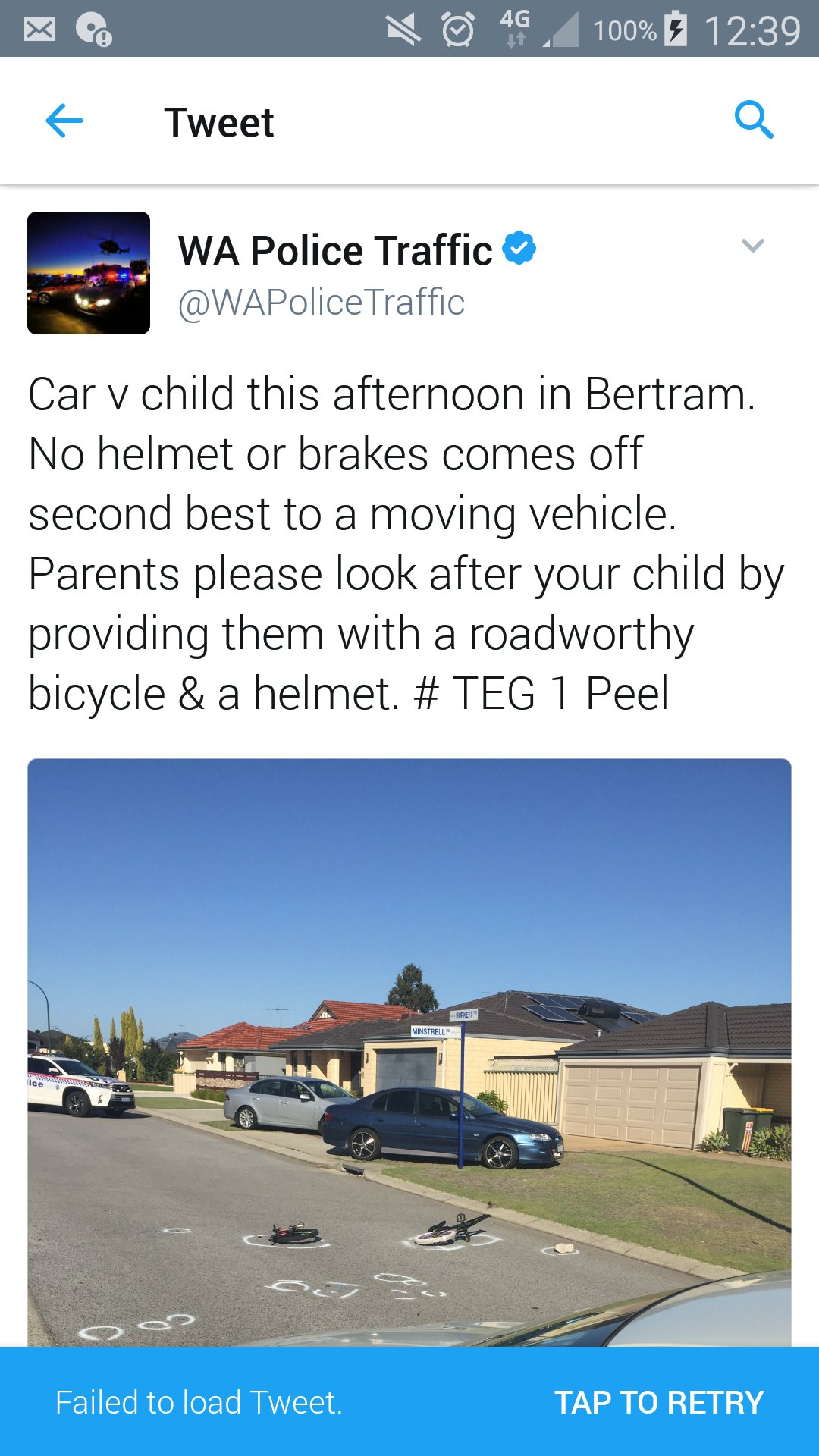 You may notice on that image that the tweet is now missing. That is because after public outrage the WA Police removed the tweet.

In a tweet from @AusCycle, we were wondering the same thing.

Our first question was about the location: 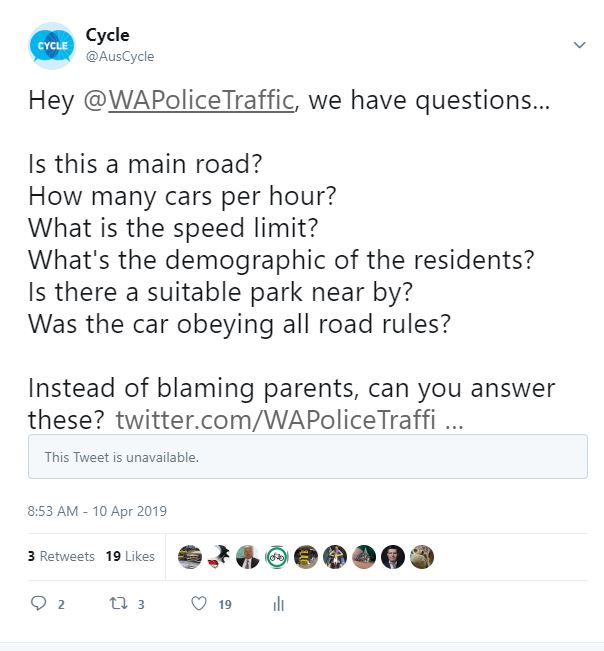 The second was our investigation into the location of the crash: 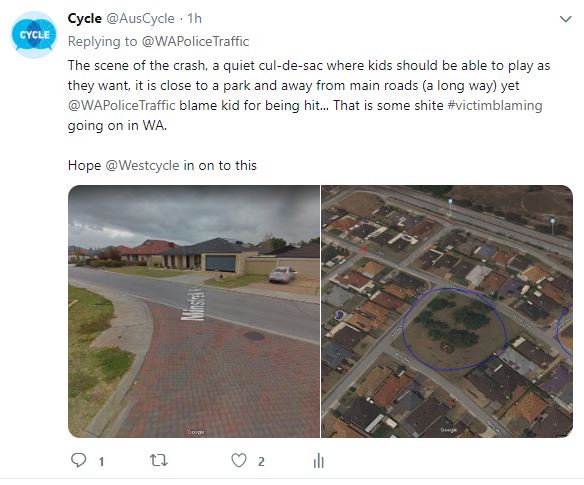 What we are concerned about was the victim blaming with the WA Police blaming the parents for not looking after their child. At no point did the police place any responcibility on to the driver of the car who hit the child.

The road is a short distance from an arterial road; but even so, it is a very small and narrow road in a col-de-sac. Were the WA Police really that unfeeling towards the family of the victim? It just seems strange to have such a nasty tweet like this.

Notice the two parks nearby, the possible location the child was heading to or from. A parent should feel safe in such a low traffic environment to let their child ride to the local park.

Maybe this road needs to be reduced to 30km/h as this would certainly make more sense. The problem with the road being a 50km/h limit means people will go 50km/h. So this is the real problem. Are WA residential roads just too fast to protect children being children.

This is the road and the area (click on the images to enlarge):

Our final tweet on the matter questions the thinking behind this ridiculous attack on the victim and family. Is it the way police see people now, as citizens waiting to become victims? So we ask, would the police prefer that all kids just sit inside and play on their iPad? 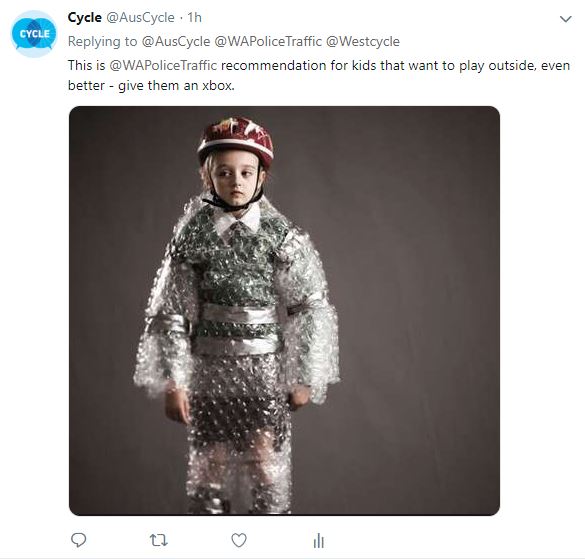 We hope the family has received an apology; this cannot be left unchecked and should be challenged. No child should be made to feel the victim when they are run over by a large metal box driven by a person that should be looking out for them.