Those of you who have read my stuff will know by now I have some fairly strong views about not only cycling issues, but also about car infrastructure, public transport and alternative transport in general (which includes cycling, pedestrian access etc). This post is not necessarily specific to cycling or its infrastructure, but to compare and contrast my perception of the approach to public infrastructure in Japan and Australia and more specifically to Tokyo and Brisbane. I have been lucky enough to have visited Japan twice in the past 18 months or so and both times I have gone there I have been struck hard by the massive differences between that country and our own. Not just the culture of Japan (although I would say that this has quite a bit to do with it too) but also by the way that the Japanese have catered for their citizens. And not just by providing for the car driving citizens. In fact I would say they have done a great deal to try and ensure that alternative transport options are very attractive options over driving a car.

Tokyo has an estimated population of 13,230,000 and is the largest Metropolitan area in the world. During peak periods trains leave every few minutes and during non-peak times they leave only slightly further apart. The 7km trip between Shinjuku Station and Tokyo station costs $1.90 and trains are incredibly punctual with annual delays quoted in seconds. If you want to travel outside of Tokyo to another city you have the mighty Shinkhansen trains which can whip you the 890ish km between Tokyo and Hiroshima in 4 hours for $114. These trains are immaculate and have more leg room than any domestic flight that I have been on. Direct trains between Tokyo and Hiroshima for example travel every 10 minutes in peak times and every 30 minutes in non-peak. On top of this there are other indirect trains which require you to change trains along the way. 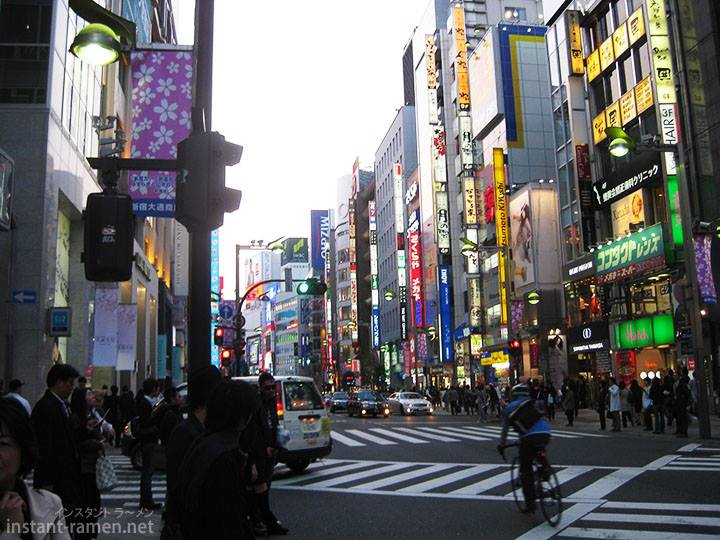 Pedestrians are well catered for with crossing lights showing green for long periods to aid pedestrian flow and overhead walkways in places so that there is no need to wait at all. Walk signals are often green long enough that they can turn green 50m away and you can still cross at them to the other side and they have not begun flashing red. Cyclists do not seem to have a lot of specific infrastructure but seem to be respected and embraced both on pedestrian and road infrastructure. Many times I watched cyclists ride up the footpath, out onto the road for a little and back onto the footpath again. Perhaps part of this is that the vast majority that I witnessed were commuter style cyclists utilising their bike as their mode of transport.

Don't get me wrong, cars are also well catered for with great roads but  I have always felt when in Tokyo that there is not huge numbers of cars (especially given a population the size of Tokyo's).

In contrast Brisbane has a population of approximately 2.2 million. The 15km trip between Ferny Grove and Central Station costs $4.91 in peak periods and $3.93 in non-peak. Trains depart every 8 minutes during peak, but this blows out to every 15 minutes in non-peak. Further out in Albany Creek where I live (19km from the CBD) we are lucky to get buses every 40 minutes.  The 923km trip between Brisbane to Sydney is possible via XPT service. It is a 14.5 hour trip at a cost of $91 and there is one service per day. I have never travelled on the XPT so cannot really compare the facilities provided.

Pedestrians in Brisbane do have reasonable facilities with signals to allow them through traffic, but generally this feels like it is more loathingly provided with as little time provided to cross the road as possible so as not to hinder motorised traffic for too long. Sure we have walking paths along the river and other places but I do not see this so much as a means to allow safe and easy movement of people through the city.

Cyclists are similarly catered for as in Japan but without the same respect shown between all users that Japan seems to show. The massive difference we have in Brisbane is that "car is king". It is catered for above all others and as a result generates a sense of self-importance within drivers. Car based infrastructure is continually being constructed in the vain hope that this will cure our congestion woes, which ultimately sees even more road traffic and the need for even more infrastructure.

All in all, I would have to say that Japan has embraced alternative methods of transport over and above Australians. Why is this? Well, alternative transport has been embraced and encouraged in many cases. Trains are fast, frequent and cheap (even between cities 100km apart).

Pedestrian facilities are good and almost have precedence over motor vehicles.

Japanese culture also has something to do with it I think. People show a mutual respect for each other. There is no @#^%ing cars!!; @#^%ing pedestrians!!; @#^%ing cyclists!!! There is no ding, ding, ding; no beep beep beeeeeep!!!! There is certainly no sense that I have had of anyone believing that they have any form of greater entitlement to the roads or footpaths.

In contrast our public transport is expensive and services are 15 minutes apart; our pedestrian access is there but does not give you a sense that pedestrians are encouraged; and our roads are congested with motor vehicles who seem to believe that these roads belong to them and all other users are a  hindrance to their use of their road. 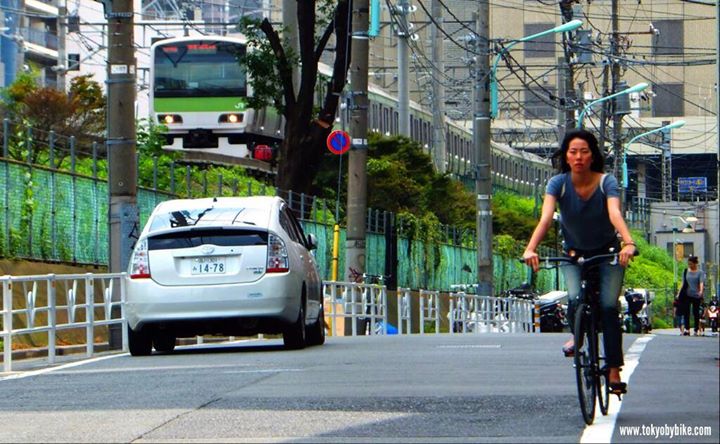 Why Japan is like this and Australia is how we are , I do not know. It is certainly not for any of the reasons I see trotted out about distance or physical barriers that are usually trotted out. It is not the weather (Tokyo suffers extreme cold and heavy rain but people still use trains, walk and ride their bikes). It is not because our train lines are too busy (Brisbane is currently proud that you only have a 15 minute wait between trains vs Tokyo at about 5). It is not because our roads are too narrow for cyclists (despite what Mayor Quirk suggested) as cars, trucks and buses seemed to be as big in Tokyo as they are in Brisbane. It is not because we need more road infrastructure to deal with our traffic as this has never solved this issue in the past and has been proven time and time again will not solve the problem in the future either.

Anyone want to throw up any ideas?