Some source material lifted from here

Cyclists cannot ride more than two abreast unless overtaking. When riding two abreast riders should not be more than 1.5m apart. This rule also applies on bike paths, shared paths and shoulder of the road (Rule 151 - Victorian Code, other states use the same number)
(http://cycle.org.au/index.php/the-law/australian-road-rules).

This means cycles are perfectly legal to cycle side by side on all roads in Australia. Although at times common sense will mean you will fall to single file to allow cars access on some roads and situations, but 2 abreast is allowed. If someone in your group hears a car from behind, a simple call can be used to get the other riders to slip into single file, but only when it is safe to do so..

Why do some drivers allow themselves to get frustrated and angry?

Without wanting to delve into the minds of the motoring public here are some of the possible reasons:

So why do cyclists cycle two abreast?

There are many reasons why cyclists choose to cycle two abreast so I'll give you the reasons that I know of.

Simply put, it's safer for cyclists to ride two abreast, it means that drivers usually have to overtake properly rather than skimming past the rider in the same lane. If a group of cyclists are in single file, motorists will often assume they can overtake in places which are not safe and will not leave the cyclist enough room. Drivers of motor vehicles should give cyclists the same amount of room they would give another car when overtaking which means they should be in the adjacent lane or on the other side of the road, to do this safely means they would to wait until there are no oncoming cars. Being in double file forces this scenario.
Another safety reason is in visibility. Two riders side by side can be seen much further away and will look like a bigger vehicle. This is even more evident when running flashing rear lights, so to catch the eye of the approaching drivers. Two abreast in this situation will aide the driver in seeing slower moving objects in front and giving the driver more time to prepare to safely overtake, timing his approach with vehicles approaching on the oppisite side of the road, or allowing the vehicle time to move into the adjacent lane.

It allows motorists to overtake quickly?!

Riding two abreast also allows the motorist to overtake the group of cyclists quicker as the line is only about half as long. This allows the vehicle to pass the group in just over half the time (giving for moving in and out to the correct location on the road). A good over take is safer for everyone, the other vehicles on the road, the driver and their passengers and all the riders on the road in the group.
A simple illustration can demonstrate this. 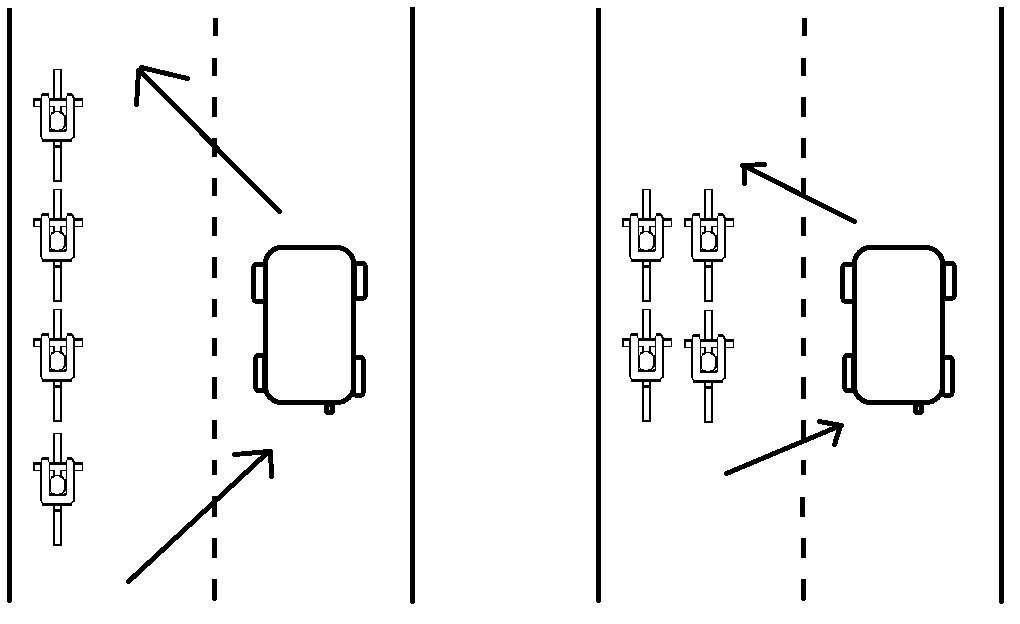 It's also a social activity, so why should we not enjoy the ride!

Cyclists that ride like this are usually training, participating in an organised activity, keeping fit or just out having fun with friends, the rides can be from a few kilometres to an all-day event, so it makes it much more enjoyable ride if you want to have a chat, it moves along the hours and the road under the bikes. Most cyclists prefer to have someone to chat with but this does not mean that they are not riding safely, most car drivers will talk to their passengers and this is not regarded as unsafe driving! 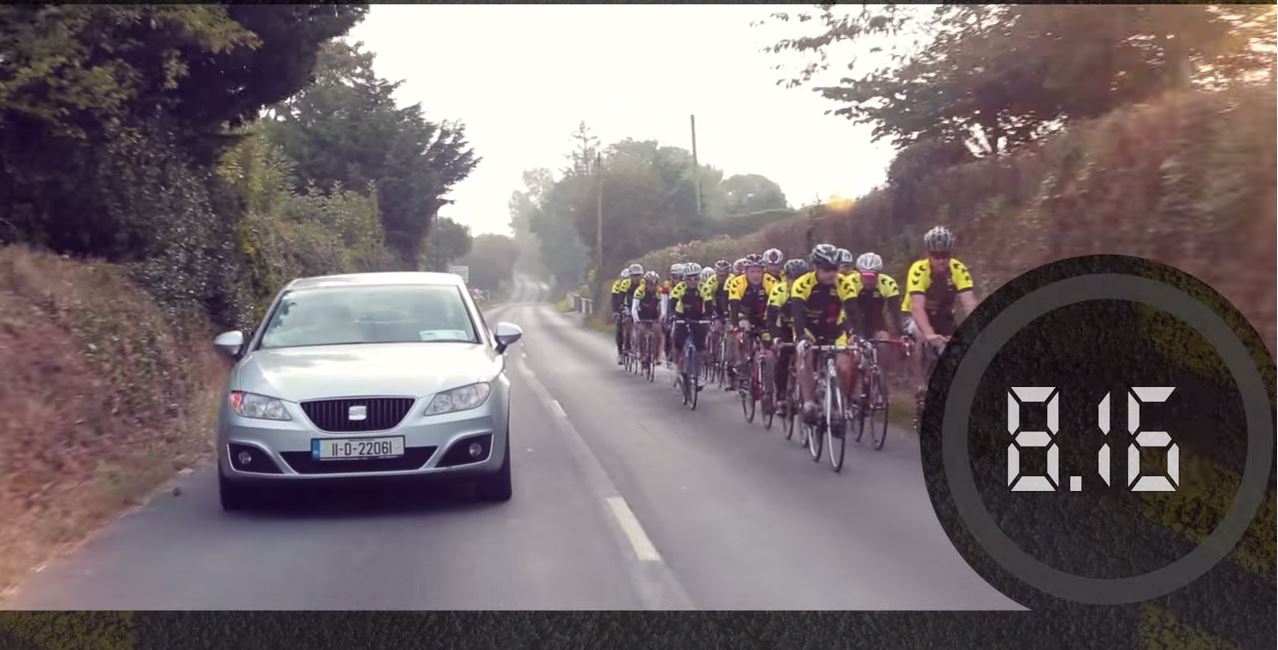